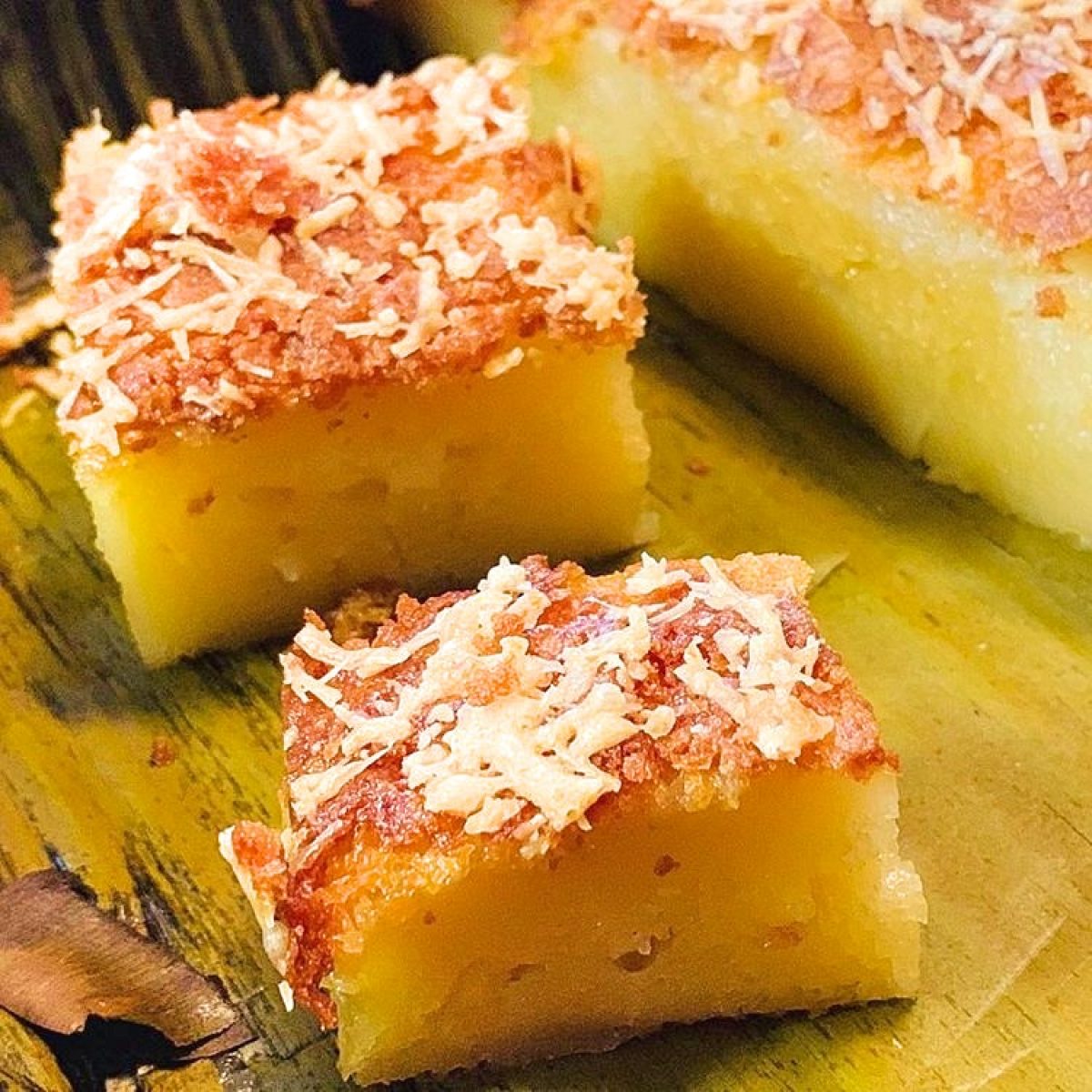 The Ilocano royal bibingka is a dense rice cake that resembles cassava pudding. It is made with glutinous rice flour and is traditionally served during Christmas. In this recipe, you will learn how to make this delectable treat. Before beginning, make sure you have all of your ingredients ready.

The Ilocano royal bibingka, also called bibingka, is a dense rice cake that’s made from glutinous rice flour and coconut milk. It’s also made with eggs and grated cheese. The rich, dense cake is often topped with butter. It’s traditionally served during Christmas and other special occasions.

Bibingka is a popular street food sold in the Philippines, particularly during Christmas season. The most common version is called bibingkang galapong. Residents of the city of Vigan, however, have their own version of the rice cake called Vigan Royal Bibingka. This dense rice cake has a chewy texture and a soft cheesy crust. Some versions are prepared in the shape of a cupcake while others are made in a large pan.

To make royal bibingka, you should first prepare the ingredients. The basic ingredients of the dish are glutinous rice flour and butter. These two ingredients are mixed together to form a batter that’s slightly thick and smooth. A large baking pan is perfect for this dessert, but you can also make these delicious treats in a smaller mold and bake them in the oven instead.

Royal bibingka is a classic Filipino dessert that resembles cassava pudding in texture and taste. This delicacy is usually made from cassava, milk, egg whites, and cheese. It has a stiff texture, but it melts in your mouth.

Cassava plays an important role in this cake’s texture, which makes it both soft and firm. It is sticky without being gummy, and it is similar to Japanese mochi sweets and Hawaiian butter mochi cake. It is also similar to boba pearls used in bubble tea.

To make bibingka, start by preparing the batter. It should be lump-free and smooth. You can bake it in a pan or in ramekins, but it’s not necessary. It can also be baked in a cast-iron skillet. You can also bake bibingka in a smaller baking pan, but you have to make sure that it’s well-oiled to prevent overbrowning.

To make cassava bibingka, you need rice flour and coconut milk. You can find fresh cassava at Asian or Latin markets. If you can’t find the fresh root, you can purchase frozen grated cassava. The cassava root contains a high amount of starch, so when baked, it turns into a soft, sweet cake.

Once you have prepared the batter, you can bake the cassava cake. This native Filipino delicacy is mildly sweet, slightly chewy, and topped with a buttery cheesy crust. It is usually made using glutinous rice flour, eggs, and coconut cream, and baked in an oven.

It is made from glutinous rice flour

Royal bibingka is a traditional Filipino cake that’s made from glutinous rice flour. It’s very soft and moist, and the combination of glutinous rice flour makes the bibingka’s texture resemble mochi. The batter for bibingka should be of a consistency similar to pancake batter. When baking, use a toothpick or cake tester to check the readiness of each bibingka. When it’s done, it should not jiggle or move when touched, and the top should be slightly golden.

A typical Royal bibingka contains glutinous rice flour, eggs, coconut milk, sugar, and grated cheese. The resulting cake is moist and sweet, and it’s popular at Christmas and other special occasions. It’s easy to make, and can be made using basic Filipino ingredients. While it’s traditional to buy a pre-made Royal bibingka, you can also make your own by using your own ingredients.

To make royal bibingka, follow these simple steps. First, combine glutinous rice flour, eggs, and white sugar. Next, add coconut milk or condensed milk and mix well. When the batter is ready, place it in a large baking pan. Traditionally, royal bibingka are shaped into small puto molds or cupcakes, but you can make them any way you wish. Then, bake the royal bibingka twice, the first bake for cooking, and the second bake to caramelize the sugar toppings and melt cheese.

Traditional bibingka has a soft and spongy texture, but it can also be firm and hard. It’s served warm, and has a sweet and tangy flavor. It tastes like rice pudding. The charring on the surface of the bibingka adds to its flavor. A regular bibingka can be served for three to four people. Some establishments even offer smaller versions for individual consumption.

It is traditionally served during Christmas season

The royal bibingka is a Filipino specialty that’s traditionally served during the Christmas season. It’s made from glutinous rice flour, which makes it dense and sticky. It’s also made with cheese and coconut milk, making it a delicious treat for a festive holiday.

The Filipino holiday season lasts for over three months. If you’re living abroad, you may be feeling homesick and want to try traditional Filipino treats like bibingka. It’s an all-time favorite during Christmas, and is also found in the Christian communities of eastern Indonesia and in East Timor.

First, prepare the batter. It contains rice flour, glutinous flour, coconut milk, and eggs. It should be poured into a pan with a width of 21 cm or five 10 cm mini cake pans. Once the batter is ready, add a duck egg to it, and place it in the oven. You can cover the bibingka with banana leaves to prevent overcooking.

The royal bibingka is a Filipino delicacy that’s made from rice flour and coconut milk, and is traditionally served during the Christmas season. It’s delicious and pairs well with various toppings, such as coconut cream, cheese, and fried duck egg. Its soft texture makes it an ideal choice for dessert during the holiday season.

It is made from cheese

The basic ingredients for royal bibingka are glutinous rice flour, condensed or evaporated milk, eggs, and melted butter. The mixture is then mixed together and baked at 180C for 45 minutes. The batter is then topped with cheese and coconut shreds.

A bibingka is the ultimate meryenda, and it’s best enjoyed warm with a cup of hot tea. It’s typically associated with Christmas, but can be enjoyed any time of year. Variations include adding salted duck eggs, shredded cheddar cheese, or pineapple slices.

The royal bibingka is a delicacy that originated in the province of Vigan, the Philippines. It is made from glutinous rice flour and coconut milk, and is commonly served around the Christmas season. It’s fairly easy to make, too, since it’s made with eggs, cheese, and milk. It’s a rich, moist treat that tastes savory and sweet.

Filipino bibingka is a traditional rice cake made with coconut milk and eggs. It’s eaten for breakfast and as a midday snack, and is traditionally baked in a banana leaf-lined terracotta oven. It’s a favorite dessert during Christmas, and is also enjoyed in Christian communities in eastern Indonesia.

It is baked in the oven

The batter for bibingka is made with a mixture of rice flour and all-purpose flour. Rice flour is used because it gives the bibingka a very soft and close-knit texture. There are two types of rice flour: glutinous rice flour and white rice flour. Both produce a bibingka with a distinctly different texture and flavor. Coconut milk is used to add a distinctive flavor and moisture to the batter.

Bibingka is a traditional Filipino dessert made from glutinous rice flour and coconut. It is usually served during Christmas time. It is easy to make and only requires a few simple procedures. The batter is made from glutinous rice flour, sugar, egg, and coconut or condensed milk. It is then baked in the oven at 180 degrees Celsius. The dough should be soft and pliable enough to be sliced and served.

In the modern era, most bibingka is prepared using purpose-built multi-tiered electric ovens. These modernized versions lack the distinctive charcoal smell but still maintain the same texture. In some places, banana leaves are used to line the pans. A standard bibingka can be divided into two or three pieces for individual consumption, though some establishments provide smaller versions for individuals to eat.